The world population could rise to 11 billion by 2100 according to new data from the united nations.Average population density will increase 50% as a consequence of overpopulation and rapid urbanization, and as a result, the world will be more, when already is, in a major housing issue. Dodecave is an interior project targets the above issues and aims to create a sustainable living space for the young generations of workers in overpopulated cities. 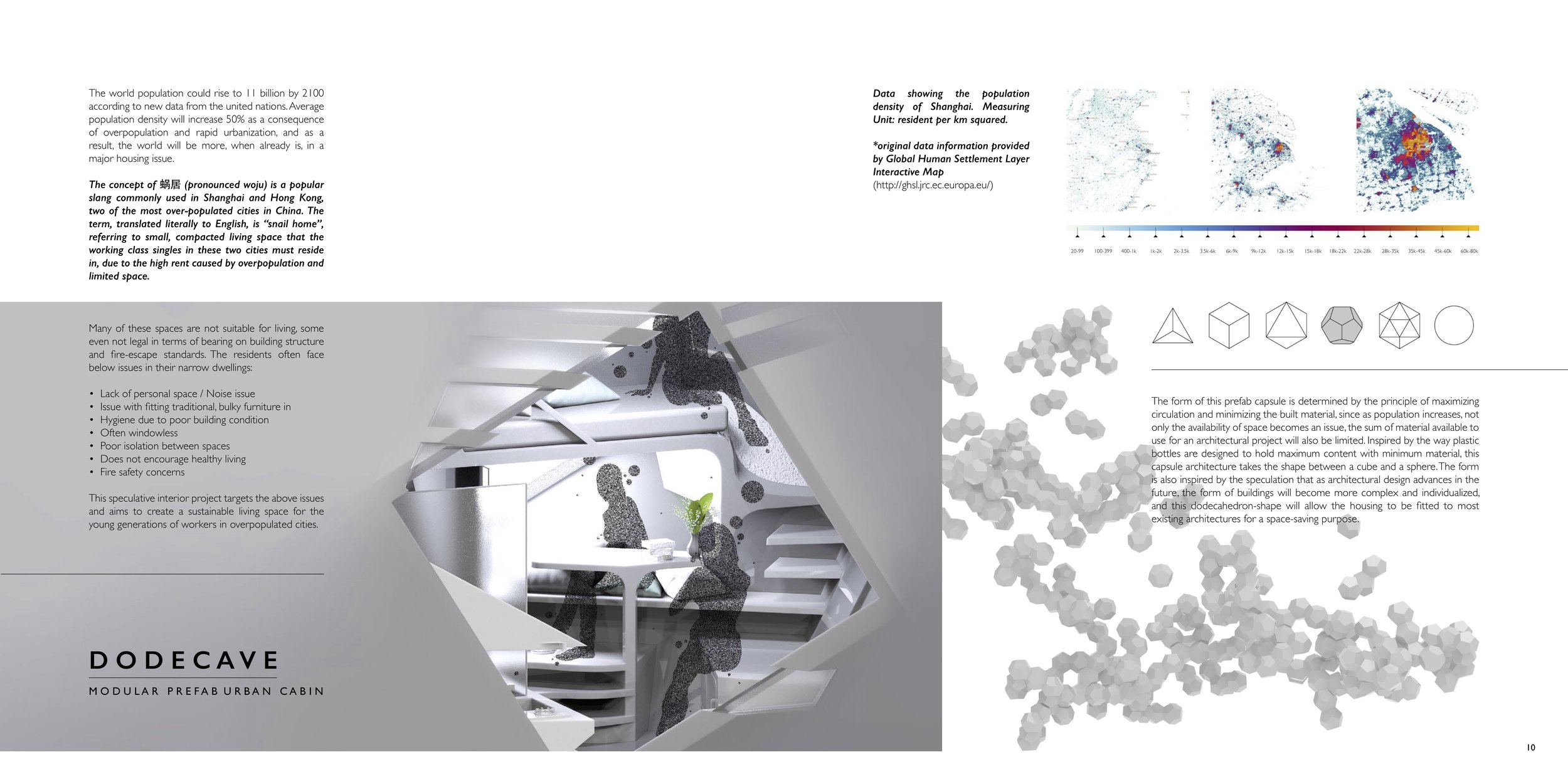 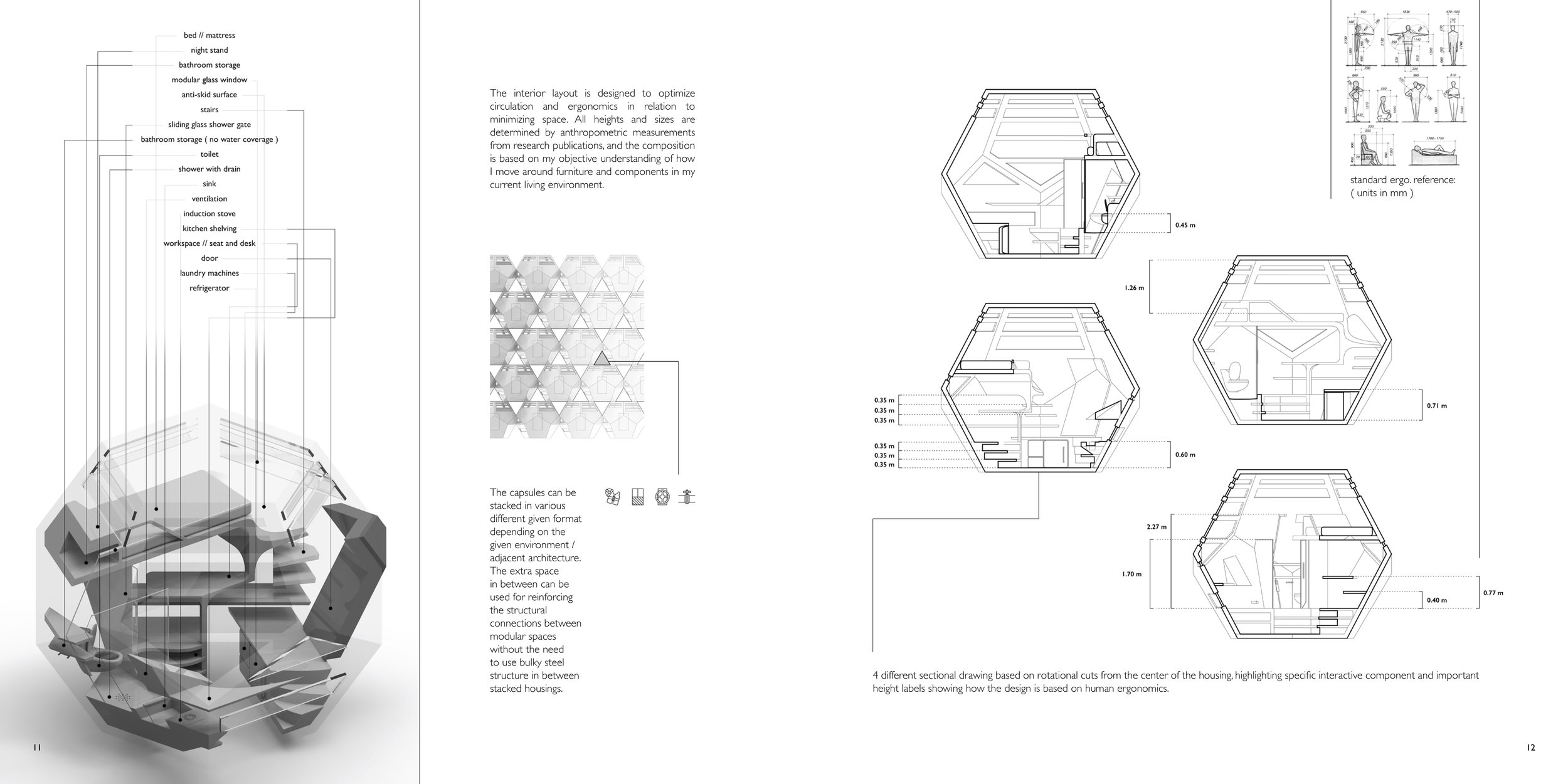