Glass consists mainly of silicon dioxide, found in large quantities in sand and quartz.The amorphous translucent solid is produced by superheating solid SiO2 to a molten state then cooling it promptly. The physical properties of glass can be modified by mixing numerous materials before, during or after the process. This material, in its commonest and purest form, is colorless and clear. Each attempt to disrupt its honesty is an action to infringe upon as well as an action to invent. My 2-year long interdisciplinary studies option in the Glass Department at Rhode Island School of Design focuses on the innate properties of glass under the instruction of Stefanie Pender and Christopher Taylor. My explorations entail both traditional and non-traditional techniques with hot and cold glass, including blowing, molding, casting, assembly, metallic oxidation, fusing, duplicating, re- forming, manufacture and performing unusual manipulations of molten glass and other materials with translucent properties. 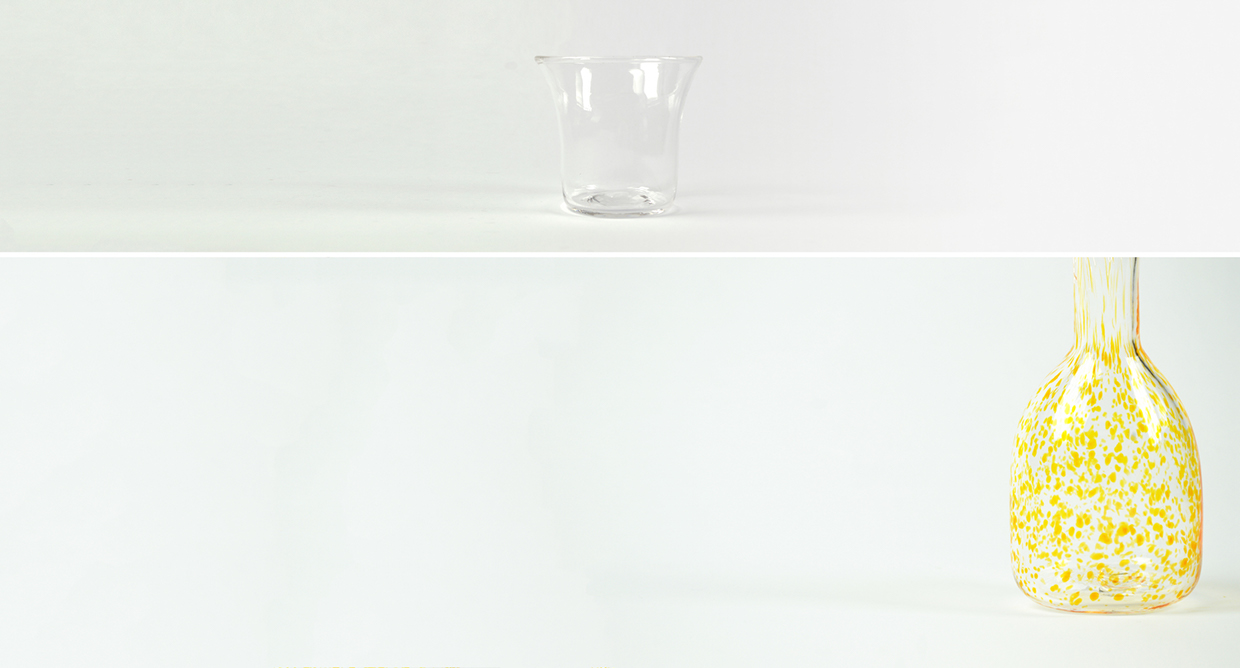 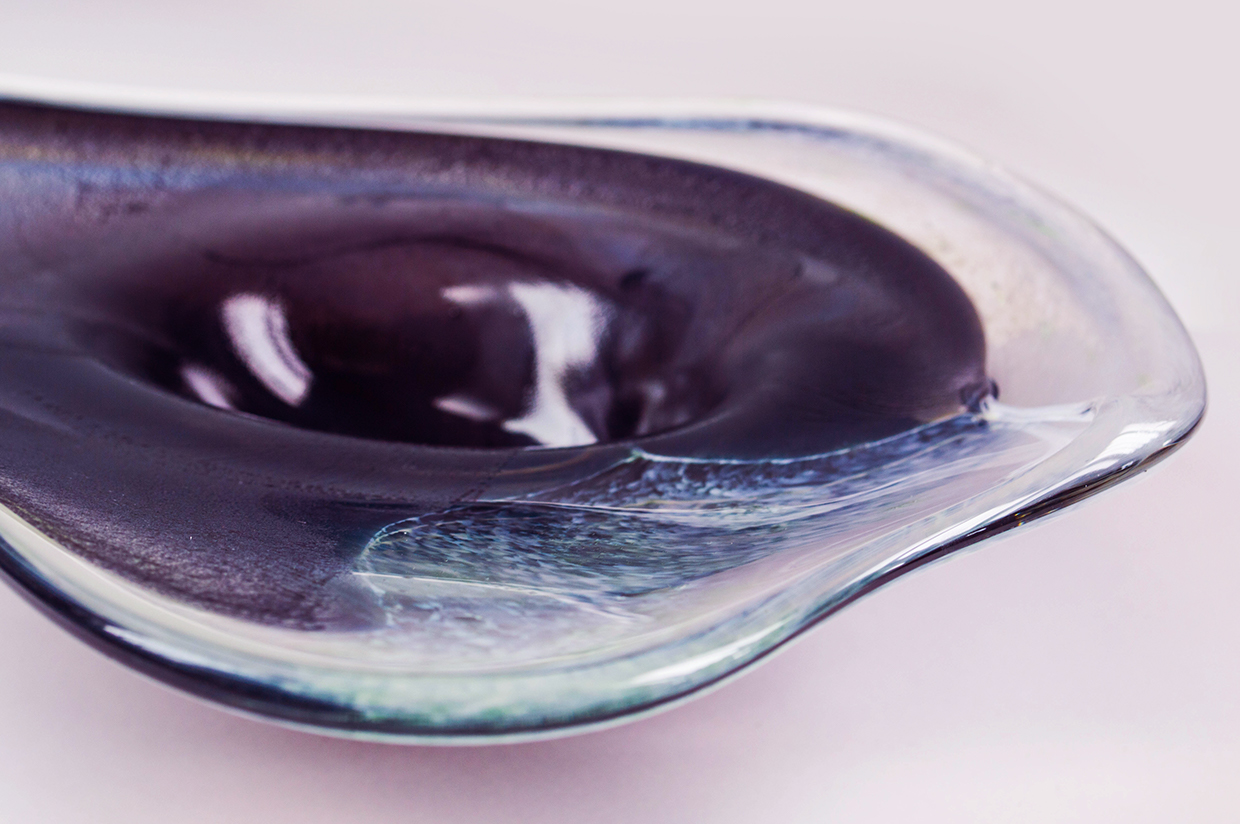 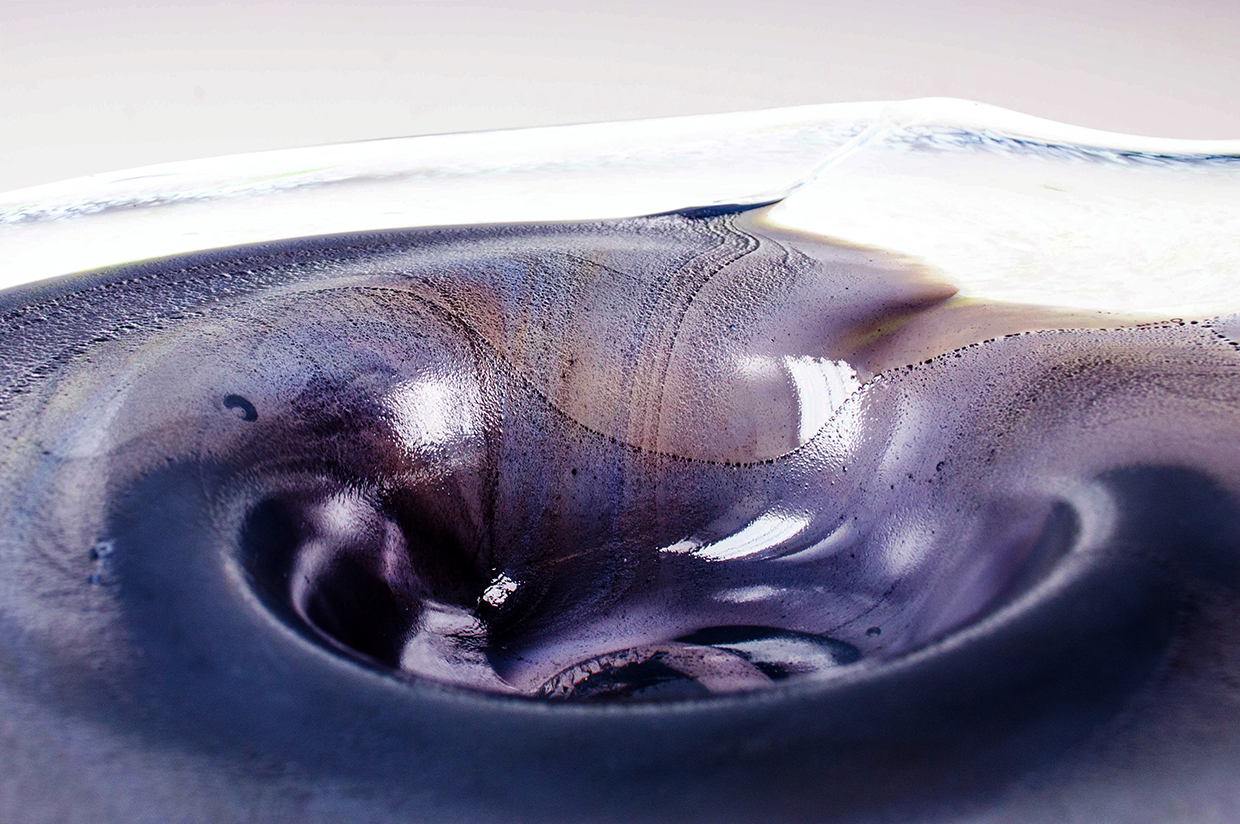 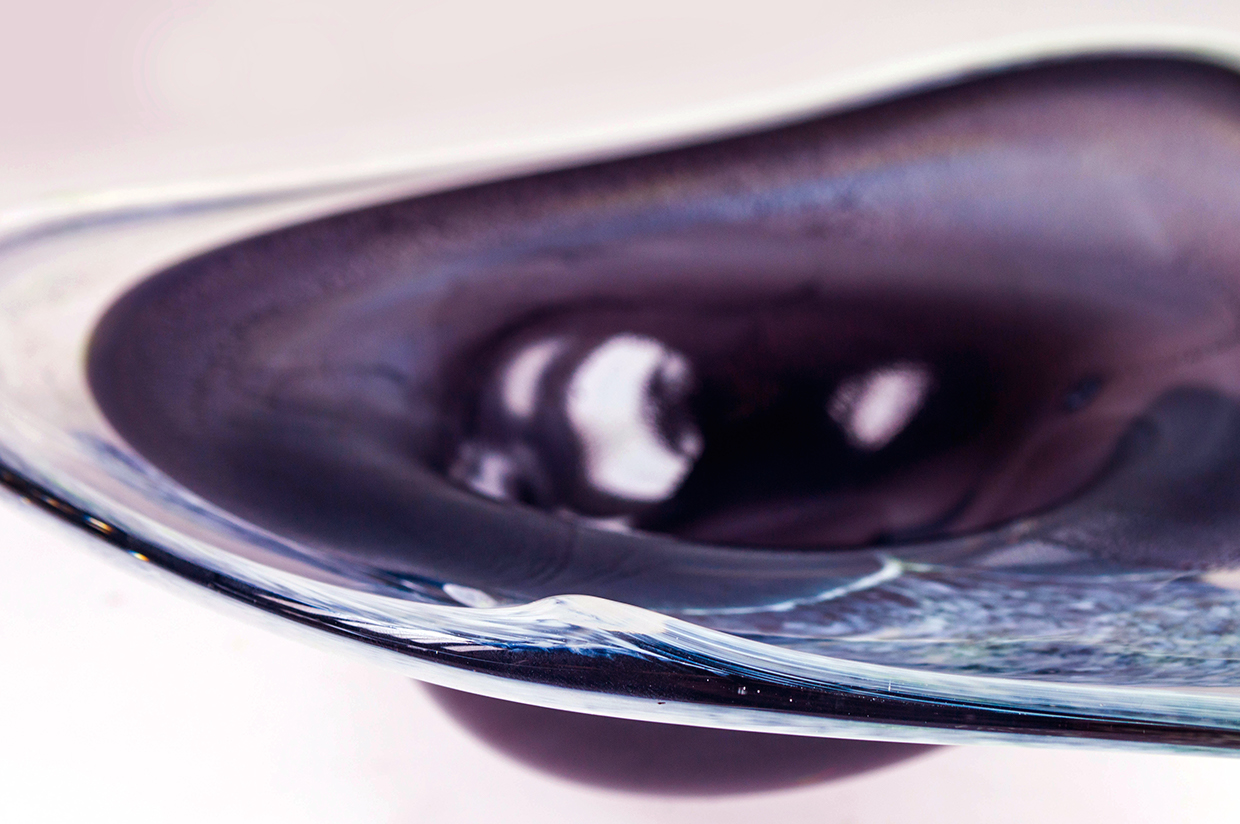 Experimental Rondel V2.0 and V2.1 with cracking caused by material reaction and improper setting of the annealer
- Rondel  |  Galaxian Explosion - 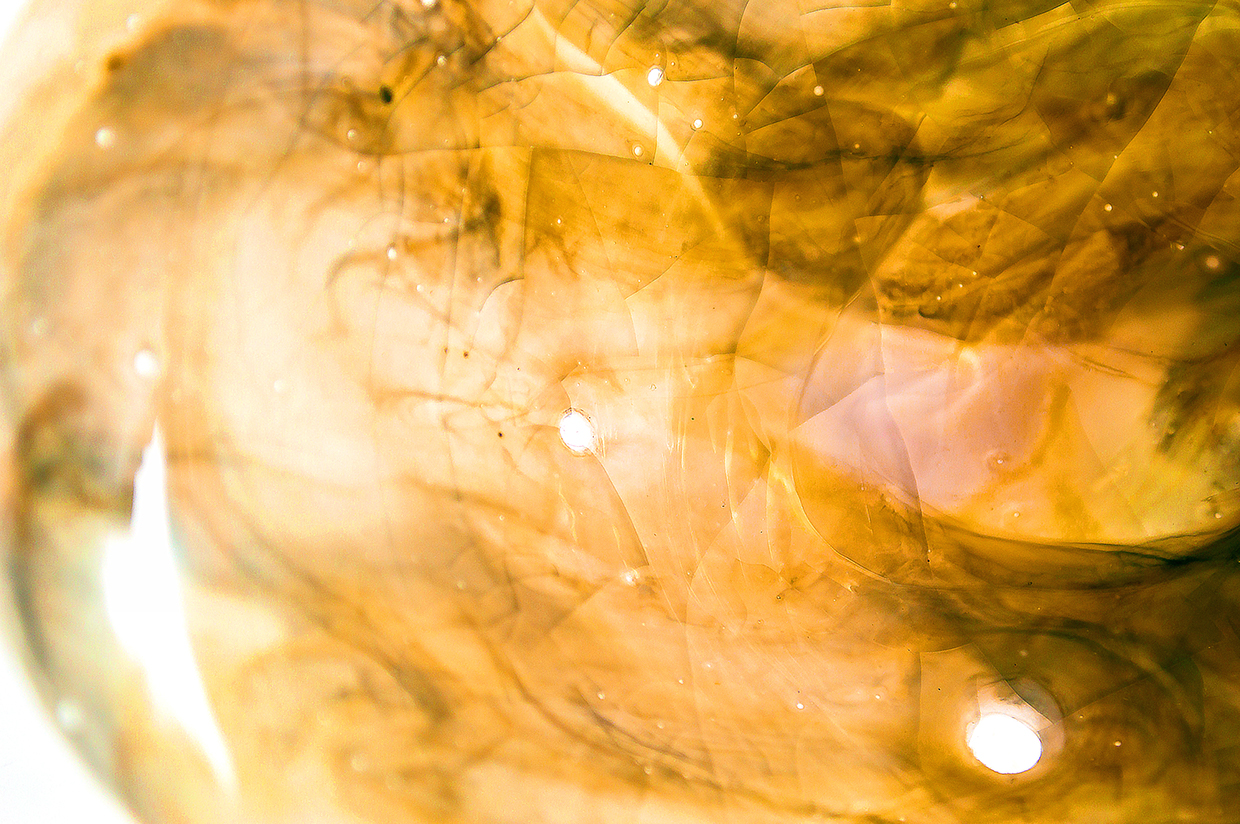 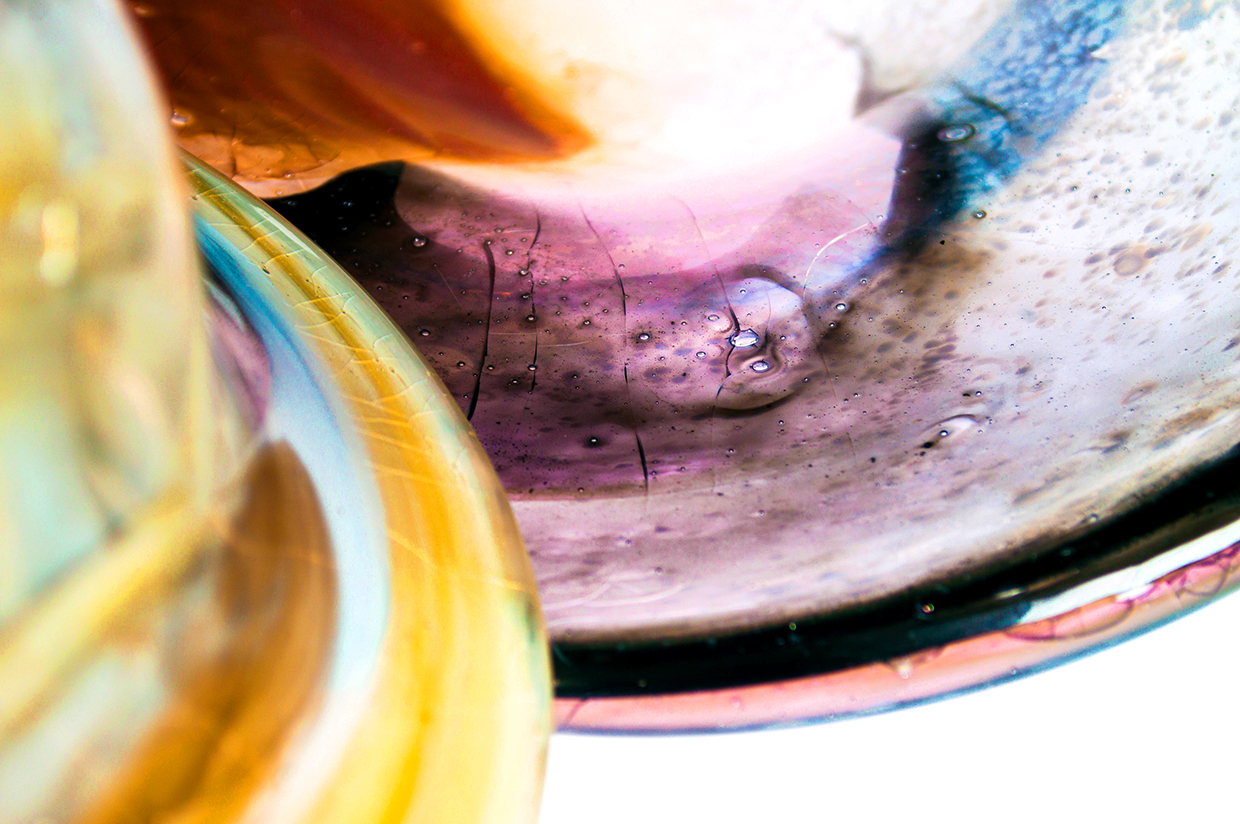 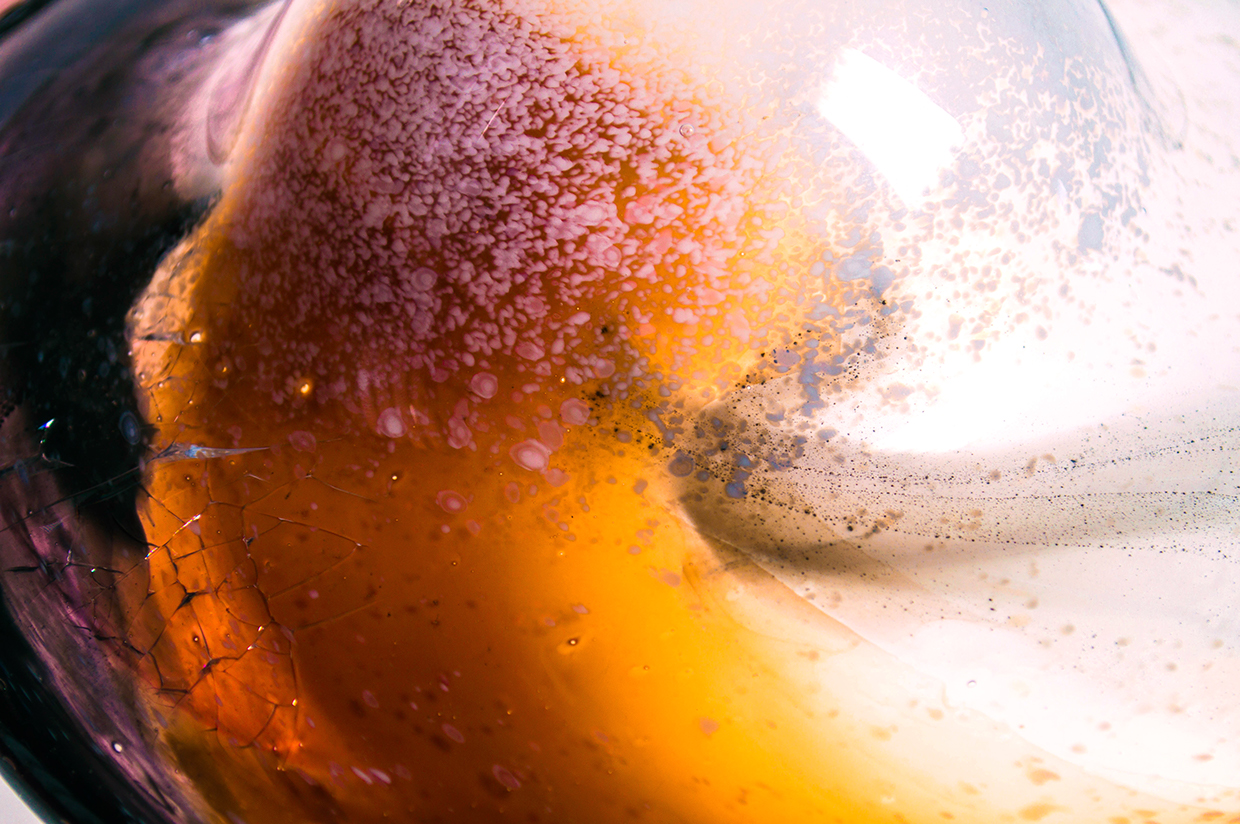 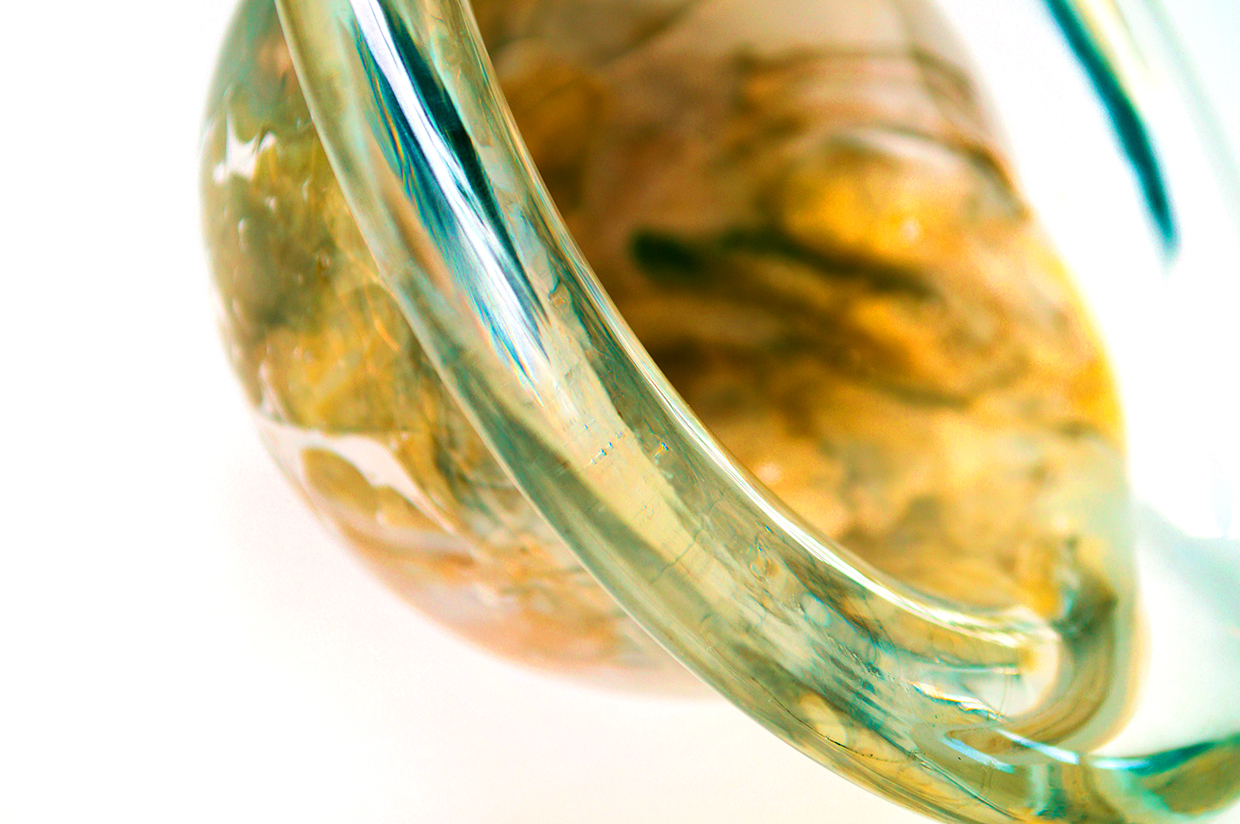 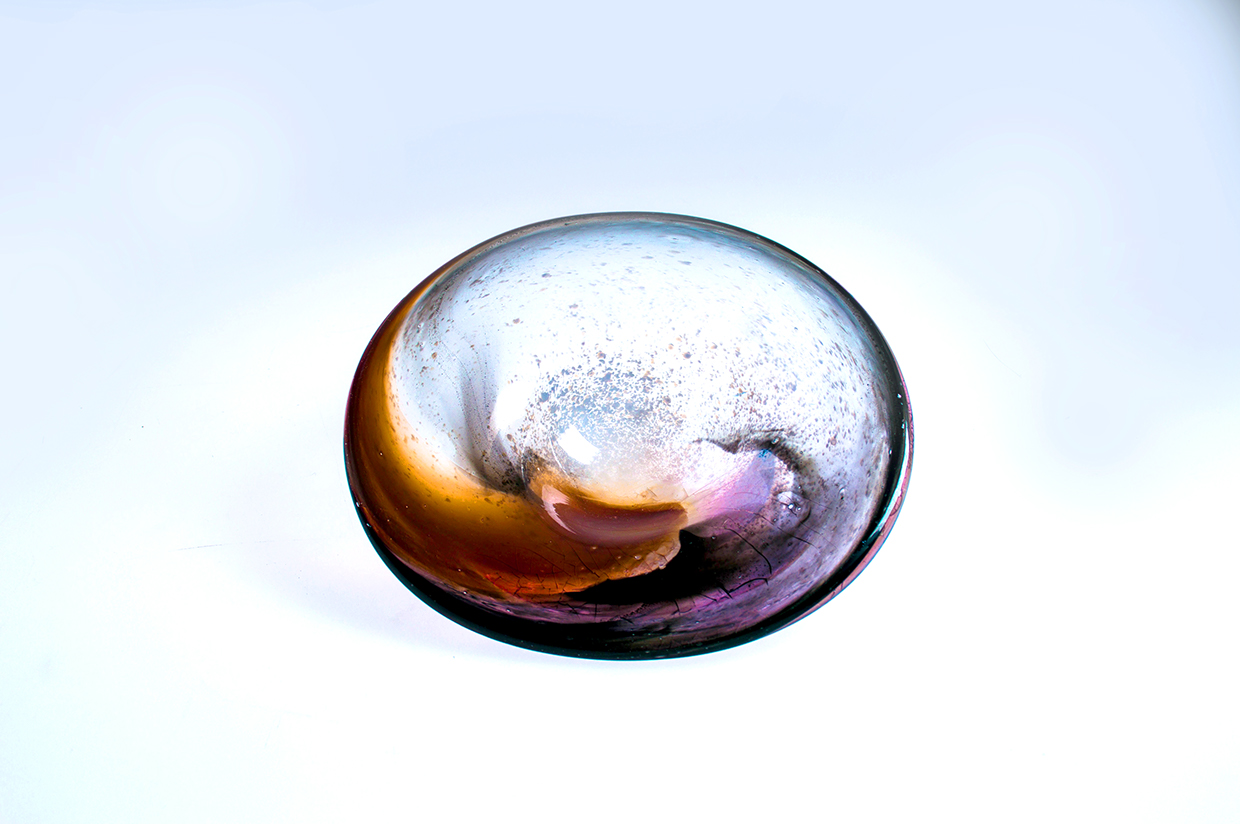 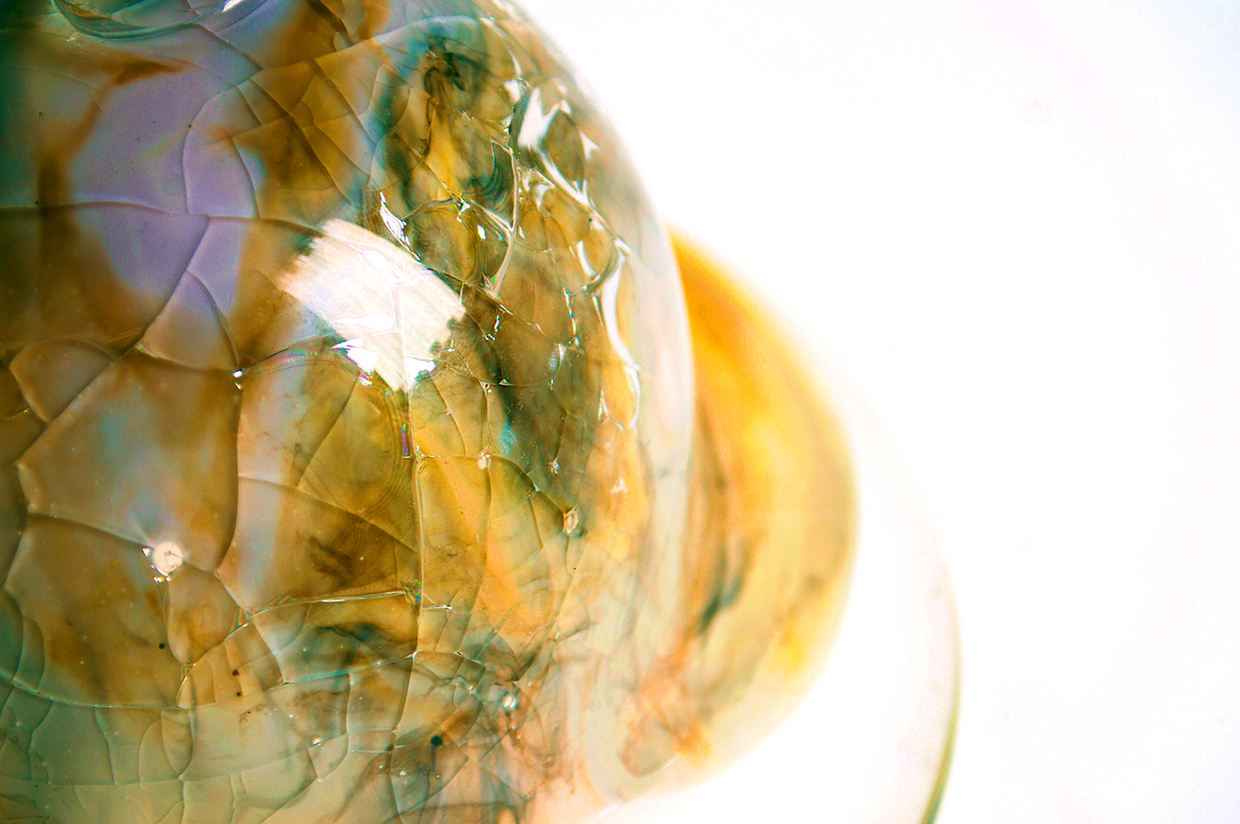 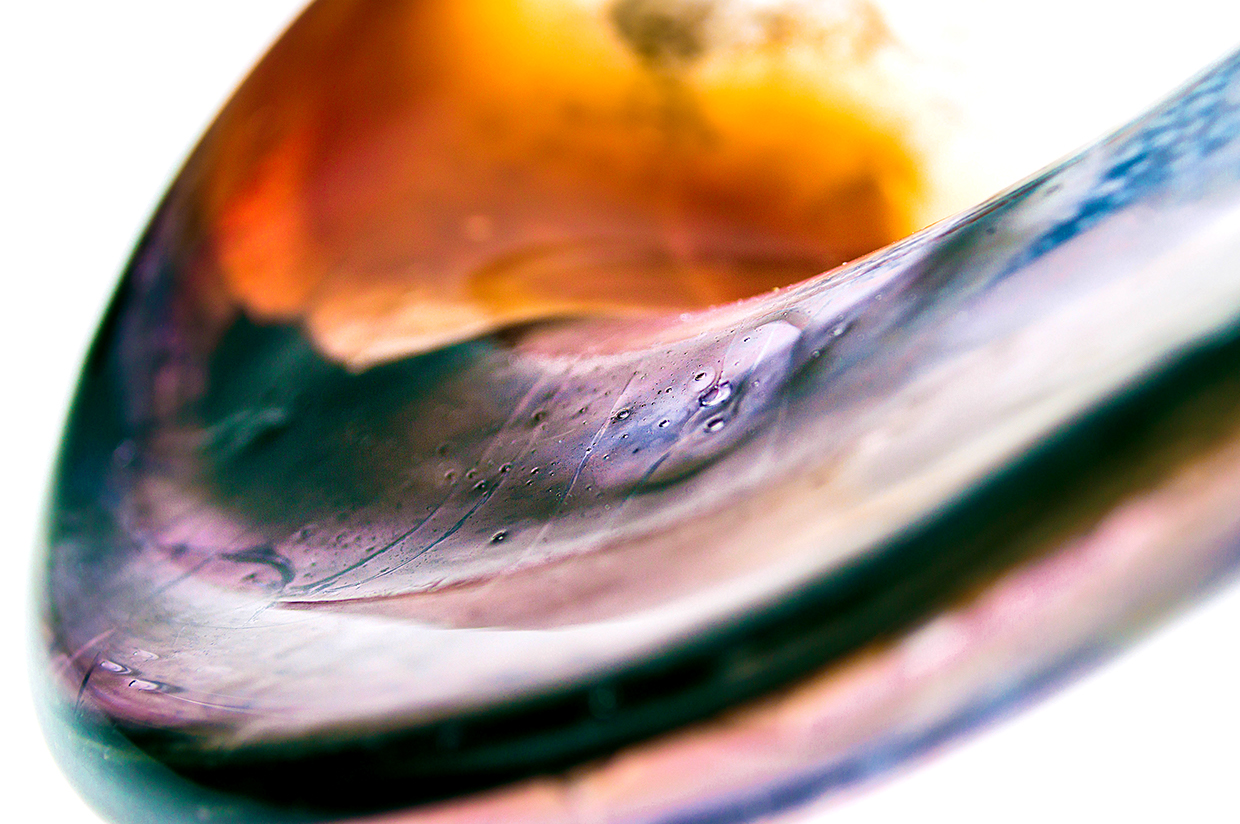